How to reach 50 million people in one day

Loading...
As a regional project to raise awareness about human trafficking and exploitation, we’ve learned something very important over the years: it’s not enough to just create content, you need to announce it with a bang.
When it came time to roll out our Happy Home campaign, we did exactly that. 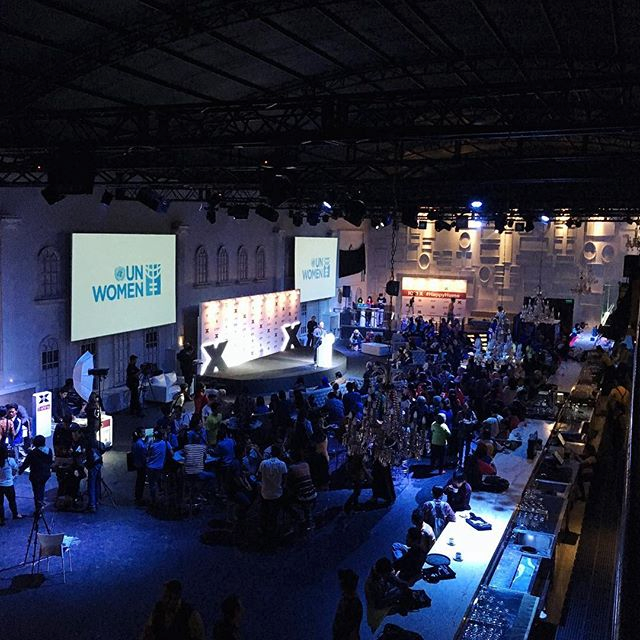 The IOM X Happy Home campaign consists of two key components, with the joint aim to help stop the exploitation of domestic workers. The video component includes Open Doors: An IOM X Production and Sebuah Harapan: An IOM X PSA.
The digital component includes a dedicated landing page for all the elements to sit in one place, including the videos, an e-learning portal, a quiz to find out if you would be a good employer, shareable facts and helpline numbers.

The IOM X Happy Home press launch took place on 25 May in Jakarta. It was an opportunity for us to publicly recognize the diverse partners that contributed to the campaign, and for all partners to stand together to effect positive change for exploited domestic workers. The event also enabled us to engage with influencers in a meaningful way to bring attention to this important topic.

We invited a hugely diverse group of people to attend the event – from local and international government representatives, to counter-trafficking advocates, domestic worker right groups, students, online influencers and, of course, media.
More than 250 people showed up, including 44 journalists and 80 domestic workers.

We made sure there was a lot to do when they arrived. After registering and picking up a bag of IOM X educational swag, guests were invited to take a photo in front of the photo wall, a kitschy living room adorned with facts about the exploitation of domestic workers. The photos were later printed out on an IOM X and partner branded frame as a souvenir for guests, with a reminder to visit the IOMX.org/HappyHome landing page.

Photos in front of the photo wall were lated printed out on a branded frame as a souvenier for guests.
Next up was a t-shirt printing table. Guests could choose between one of four designs, each with a strong message about domestic worker rights. Choices included “Respect creates a happy home” and “A day off creates a happy home”, and again the landing page URL took a prominent place on the front of the shirt.


Guests select t-shirts with their favourite message at the t-shirt printing booth.

We knew from past experience that getting 250 people to sit down at the start of the event is not an easy task, so we tried something different. At 11:15 am sharp, the lights dimmed and the music changed.

No announcement was made, but conversation stopped and attention turned to the center of the room as three famous Indonesian actors walked on to the stage. Over the next three minutes – and in complete silence – they acted out a scene of an overworked domestic worker whose employers come to the realization that she deserves a regular day off. It was a powerful moment, and set the tone for the rest of the event.
Famous Indonesian actors Restu Sinaga, Ayusitha and Indy Barends act in the silent play.
Putting together the event run-down for the main part of the event was pretty easy. We first invited some of our core Happy Home campaign partners – IOM Indonesia, the U.S. Embassy Jakarta, the Ministry of Manpower (Republic of Indonesia) – to give opening remarks. Following this, the Ministry of Foreign Affairs (Republic of Indonesia) officially opened the event.

A panel discussion took place next, with representatives from IOM X and UN Women, as well as Anggun Bima TKI. Bima was a domestic worker in Singapore, who has recently found fame as a finalist on Indonesia’s popular talent show Dangdut Academy 3.

The premier of Open Doors: An IOM X Production took place during the panel discussion. The video is a three-part drama about families and their domestic workers. In each story, the family goes through a moment of reflection, where they recognize that everyone needs a break, and that not meeting their domestic worker’s needs is having a negative impact on both the family and their employee.
The reaction from the audience was emotional. A number of the domestic workers in the room stated afterwards that the videos hit a nerve – they had personally experienced very similar situations to the women in the video.
“The videos are close to reality. They are very good. I can personally empathise with these domestic workers,” said Nita, an Indonesian domestic worker who attended the launch event.
Employers of domestic workers were equally moved, including event host Sari Nila who paused for a moment to regain her composure following the screening.


The audience watches the premiere of Open Doors: An IOM X Production.

While Open Doors looks at the situation for domestic workers at a regional level, Sebuah Harapah: An IOM X PSA looks at how positive changes can be made on a practical level. Dede Yusuf, a former actor and current Head of Commission IX of the House of Representatives of the Republic of Indonesia, was invited to the stage to introduce the PSA. Again, it was well received by the audience, some of whom had been instrumental in its production.

The event concluded with media interviews with the speakers, and a packed lunch for all guests.

So why do we say a launch event is critical to a campaign? The evidence is in the numbers.
More than 38.5 million people were potentially reached through media coverage of the event, and 12.8 million were reached through Facebook, Instagram and Twitter.
Over 62,000 people took a direct action online to support the campaign – be it taking our domestic work e-learning or quiz, sharing a fact about domestic work, or even just liking/commenting on one of our #HappyHome social media posts.
In just seven days, the Happy Home videos were viewed over 1 million times online.

Sustaining the campaign after a launch event like this is key, and one way we are doing this for Happy Home is through broadcast partnerships. In June, Sebuah Harapan will be aired on Nin Media in Indonesia, and Open Doors will air on Channel 7 in Thailand. Further broadcast of the videos in the ASEAN region will be announced soon.
The audience reached through the IOM X Happy Home campaign will continue to rise as the campaign rolls out, but as it stands now, over 50 million people have potentially learned more about the important issue of exploitation in the domestic work sector. All this, thanks to our launch event. At IOM X, this what we call ‘announcing it with a bang’.
Visit IOMX.org/HappyHome to view the videos, test your knowledge about the domestic worker rights and take a quiz to find out if you would be a good employer.

The IOM X Happy Home campaign was made possible as a result of valuable inputs from government and non-government partners across the ASEAN region.
The Happy Home launch event was supported by the Ministry of Foreign Affairs and the Ministry of Manpower of the Republic of Indonesia, ASEAN, U.S. State Department, United States Agency for International Development (USAID), UN Women, the Australian Department of Foreign Affairs and Trade (DFAT), Love Frankie, BBTV Channel 7 (Thailand), Nin Media, Rapid Asia, Jala PRT, SBMI, HomeNet and H.O.M.E.

In 2015 when IOM X was just a few months old we brought together 20 youth leaders from all 10 ASEAN countries in Bangkok for the IOM X ASEAN Youth Forum. The goal was to connect with amazing young people who were passionate about social change and the issue of human trafficking and to share … END_OF_DOCUMENT_TOKEN_TO_BE_REPLACED 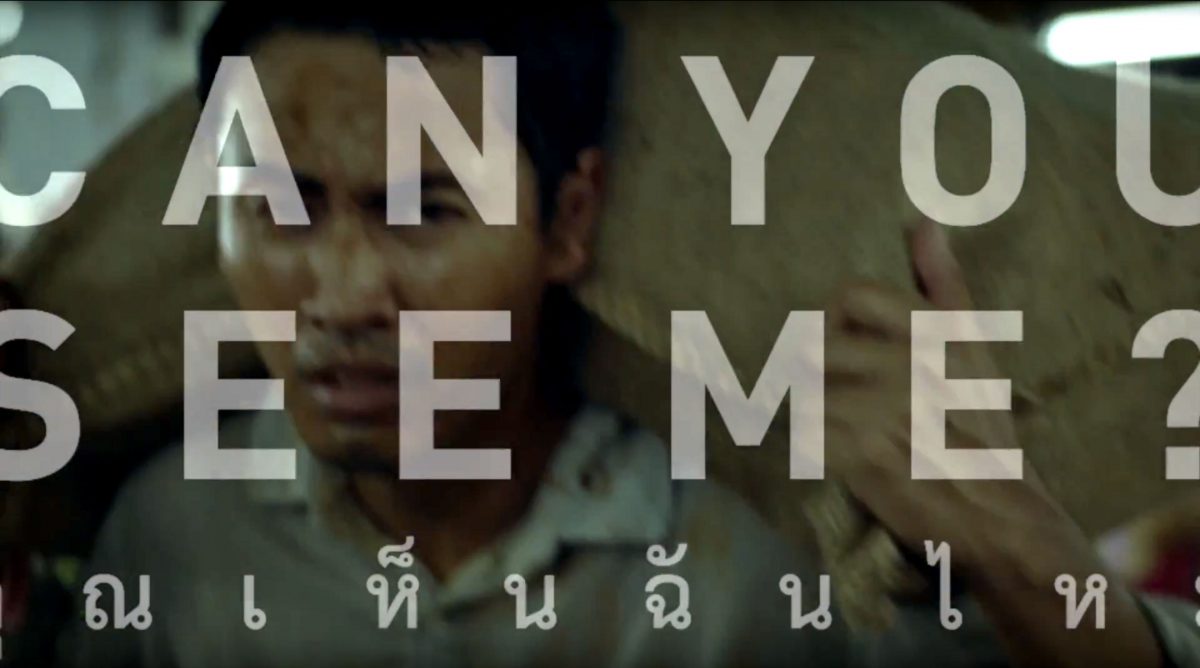 “Can You See Me?” launched in Thailand earlier this year, showing consumers how to spot, report, and stop human trafficking.

In 2015 when IOM X was just a few months old we brought together 20 youth leaders from all 10 ASEAN countries in Bangkok for the IOM X ASEAN Youth Forum. The goal was to connect with amazing young people who were passionate about social change and the issue of human trafficking and to share … END_OF_DOCUMENT_TOKEN_TO_BE_REPLACED

Where are they now?: Naj, Brunei

In 2015 when IOM X was just a few months old we brought together 20 youth leaders from all 10 ASEAN countries in Bangkok for the IOM X ASEAN Youth Forum. The goal was to connect with amazing young people who were passionate about social change and the issue of human trafficking and to share … END_OF_DOCUMENT_TOKEN_TO_BE_REPLACED

Where are they now?: Moon, Myanmar

In 2015 when IOM X was just a few months old we brought together 20 youth leaders from all 10 ASEAN countries in Bangkok for the IOM X ASEAN Youth Forum. The goal was to connect with amazing young people who were passionate about social change and the issue of human trafficking and to share … END_OF_DOCUMENT_TOKEN_TO_BE_REPLACED