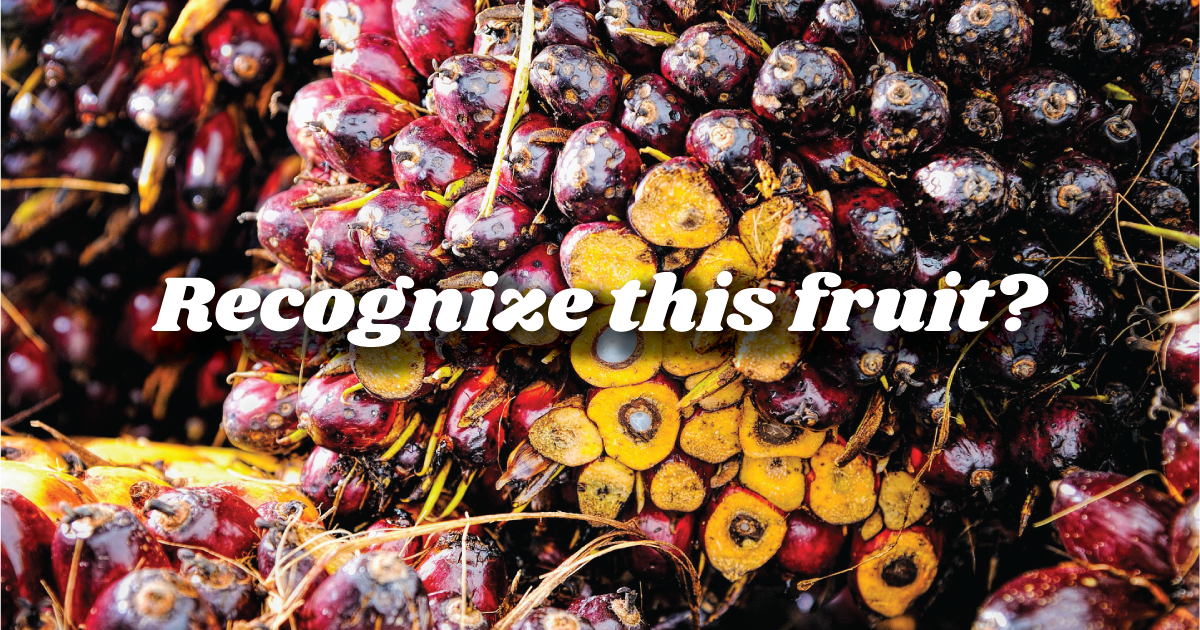 Heard of sodium lauryl sulfate? What about stearic acid? Glyceryl?

You might not know what these are, but chances are you’ve used all of them (maybe even today). They’re all other names for palm oil and its derivatives. Just take a look at the list of ingredients in your shampoo, your pack of instant noodles, your lipstick, even your ice cream. It’s not clearly labelled “palm oil”—but make no mistake, it’s in almost everything and it’s the most widely consumed vegetable oil on the planet.

In recent years, demand for palm oil has skyrocketed and countries across Southeast Asia—where most of the world’s palm oil is grown—have vastly expanded palm plantations. With growth, however, comes challenges. Many concerns have been raised around the environmental impact given the destruction of rainforests and conversion of carbon-rich peatlands to make way for palm plantations.

More recently, we’ve started to see research documenting human rights abuses in the industry, with some companies being implicated in cases of trafficking, forced labour and child labour on plantations. As complex as global supply chains are, that palm fruit picked by a twelve-year old may very well make it into the shampoo you used this morning.

Two of the most vulnerable groups to abuse in the industry are migrant workers and children. Migrant workers—many of them from Indonesia, Bangladesh, Nepal, and India—have had their passports held by their employers, an indicator of forced labour according to the International Labour Organization. Without possession of their identity documents, workers effectively have no way to leave if they’re being mistreated. While in some cases companies have claimed they are merely “safeguarding” passports in case workers lose them, in reality this practice violates labour laws.

The presence of child labourers on plantations is a more complex problem, one that is reflective of systemic exploitation of workers. Adult men are tasked with harvesting the palm fruit—each bunch weighing around 15-20 kilograms—to meet a daily individual quota of around 2 tons. If you do the math, that means chopping down more than 100 bunches of fruit per day—an incredibly high quota for one person alone to meet. So what do these men do? They bring their children to work so they can meet their quota, pulling them out of school to do so. Of course, companies don’t hire these children as workers, meaning their labour goes uncounted and unregulated.

You might be thinking “How could this happen?” For one, the journey from palm oil plantation to the supermarket shelf is a long one, and the processing and refining that transforms the massive palm fruit into sodium lauryl sulfate goes through many stages and passes through many hands. Companies buy from large suppliers, who source from multiple mills, who themselves source from multiple plantations across the region. Thus, tracing supply chains down to individual plantations is a complicated task, and it’s one several responsible companies are currently trying to map. After all, it only takes one drop tainted by forced labour or child labour to taint the ocean.

This is not to say that the palm oil industry is wholly bad or that you need to start boycotting your favourite ice cream brand. As abuses come to light, there are companies that are acting to fully trace their supply chains and enforce sustainable palm oil sourcing commitments that address both environmental and human rights concerns. It’s up to you, as a responsible consumer, to do your homework.

In 2015 when IOM X was just a few months old we brought together 20 youth leaders from all 10 ASEAN countries in Bangkok for the IOM X ASEAN Youth Forum. The goal was to connect with amazing young people who were passionate about social change and the issue of human trafficking and to share … END_OF_DOCUMENT_TOKEN_TO_BE_REPLACED

How to make a t-shirt

How do I get out of here?